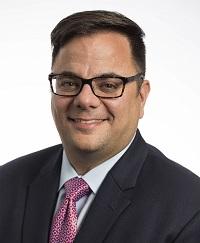 Dr. Mazzarelli has had various roles at Cooper since his arrival in 1999. His most recent role prior to being named co-president/CEO of Cooper University Health Care was as chief physician executive and senior executive vice president, where he had oversight of Quality and Patient Safety for the health system as well as oversight of Cooper's practice plan of more than 630 employed physicians who also serve as the faculty for Cooper Medical School of Rowan University.

Prior to that role, he was senior vice president of Operations and deputy chief medical officer, where he reorganized the Quality and Patient Safety Department, which led Cooper to its recent first-time recognition as a “Top Performer” by The Joint Commission. Under his leadership, Cooper also realized significant improvement in the nationally recognized quality and safety Leapfrog Report Card.

In 2011, Dr. Mazzarelli helped start Cooper’s new Process Improvement Office, which has included the introduction of continuous process improvement principles, such as Lean Six Sigma, as a methodology for operational efficiency improvements. Prior to that role, he was vice president of Strategic Planning and Implementation and was responsible for assisting in the development of the latest strategic plan for the health system as well as other business development projects. He was also one of the three original team members to work on integrating Cooper and Rowan in preparation for the Cooper Medical School of Rowan University.

Dr. Mazzarelli received his medical degree from Robert Wood Johnson Medical School, his law degree from University of Pennsylvania Law School and his master's in bioethics from University of Pennsylvania Center for Bioethics. He trained in emergency medicine at Cooper University Hospital, where he also served as chief resident and later as the medical director of the Department of Emergency Medicine. In 2009, he was recognized as one of Philadelphia’s “Best Physicians Under 40.” In 2010, he was awarded the Halo Award by the South Jersey Professionals Association for leading a team of 18 health care providers from Cooper into Haiti in the days immediately following the 2010 earthquake.

In 2012, Dr. Mazzarelli was named one of the 50 most powerful people in New Jersey health care by NJ Biz. A member of the board of trustees for the YMCA of Burlington and Camden Counties, as well as the Camden Coalition of Health Care Providers, Dr. Mazzarelli has also received commendations for his leadership, and was named an Outstanding Young American by the U.S. Junior Chamber of Commerce.