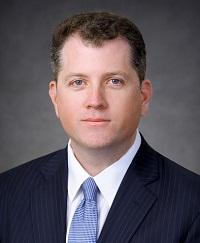 In 2019, the Cooper University Health Care Board of Trustees named Mr. O’Dowd as Co-Chief Executive Officer.  He began his career at Cooper as the health system’s Chief Administrative Officer and was later appointed to the position of Co-President.

Before joining Cooper in 2014, Mr. O’Dowd served for nearly four years in the Office of the Governor for the State of New Jersey, initially holding the position of Counsel to the Governor and then Chief of Staff to the Governor.

Prior to joining the Office of the Governor, Mr. O’Dowd was the Chief of the Securities and Health Care Fraud Unit in the Criminal Division of the U.S. Attorney’s Office for the District of New Jersey. During his seven-year tenure as a federal prosecutor, he investigated and prosecuted cases ranging from computer hacking and intellectual property theft to complex health care, securities, and financial fraud. While at the U.S. Attorney’s Office, he also served as the chair of the Health Care Task Force, which comprised the leading federal and state health care fraud investigators and prosecutors in the State of New Jersey.

While at the U.S. Department of Justice, Mr. O’Dowd was a frequent panelist and speaker on health care matters. Hewas twice awarded the Integrity Award from the U.S. Department of Health and Human Services and the Award for Excellence from the U.S. President’s Council on Integrity and Efficiency. Seton Hall University School of Law also awarded him with the St. Thomas More Medal for his distinguished public service.

Before joining the U.S. Attorney’s Office in 2003, Mr. O’Dowd served as Deputy Attorney General for the State of New Jersey for nearly five years. He earned his BA from The Catholic University of America and his JD from St. John’s University School of Law.

Mr. O’Dowd was recently honored with the Distinguished Alumnus Award from the U.S. Attorney’s Office for the District of New Jersey for his exceptional leadership during the COVID-19 pandemic.