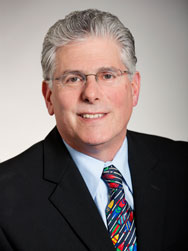 He graduated from Haverford College in 1975 and then attended Jefferson Medical College, graduating in 1979.  After his internship at the Bryn Maw Hospital, he returned to Thomas Jefferson University Hospital, completing his orthopaedic residency in 1984. Dr. Miller then attended the world-renowned Kerlan Jobe Orthopaedic Clinic in Los Angeles for his sports medicine fellowship training from 1984 to 1985. Dr. Miller practiced at the Lankenau Hospital and served as faculty for the Thomas Jefferson University Orthopaedic Residency Program from 1985 to 2002. He joined the medical staff at Cooper University Hospital where he has been the founding Chairman of the Department of Orthopaedic Surgery.

Over the past 33 years, Dr. Miller has developed one of the region’s leading sports medicine practices, specializing in the treatment of injuries to the shoulder, elbow and knee. He served as the team physician for the Philadelphia Wings Lacrosse Team for 26 years. As a faculty member and Professor of Clinical Orthopaedic Surgery, Dr. Miller has been involved in the training and education of orthopaedic residents and sports medicine fellows.

Dr. Miller specializes in the management and treatment of shoulder injuries, shoulder instability and shoulder replacement, as well as cartilage restoration, meniscal transplantation, meniscal repair and meniscectomy of the knee. He has been recognized on numerous occasions as a Top Doc by Philadelphia Magazine, South Jersey Magazine, SJ Magazine and NJ Magazine. He has also received many other recognitions including the Team Physician Award from the Pennsylvania Athletic Trainers Society in 2007 and the Joseph S. Torg Award for Excellence in Sports Medicine from the Philadelphia Sports Medicine Congress in 2008. Dr. Miller has been inducted into the American Orthopaedic Association.

Inside Cooper Bone and Joint

Getting Back on Track

Cooper's On the Move with 6ABC

Dr. Larry Miller | We Get You Back in the Game | Cooper Bone and Joint Institute Promo

Can a Patient’s Own Fat Cells Injected in the Knee Provide Relief From Joint Osteoarthritis?

Interview with Lawrence Miller, MD What are the most common golf injuries? The golf swing and stroke
Inside Cooper

Event to be held August 1-7, 2016, in Springfield, PA Cooper University Health Care will serve as