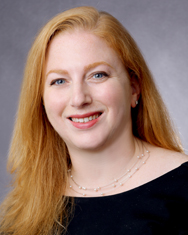 Nicole Jarrett, MD, is board certified in both general surgery and plastic surgery and is a Fellow of the American College of Surgeons. Her expertise is in congenital and pediatric hand surgery, hand and nerve conditions, and reconstructive surgery. Her other clinical interests are congenital hand differences; hand, wrist and forearm fractures; tendon injuries; arthritis of the hand; peripheral nerve injures; and lower extremity reconstruction.

Dr. Jarrett's leadership in her field was recognized from the time of her post-graduate training – from 2015 to 2016 she was Administrative Hand Fellow, and from 2014 to 2015 she was Administrative Chief Resident. In 2012 she was also honored with the Junior Resident Teaching Award, and named Educational Chief Resident from 2011 to 2012. Dr. Jarrett was also awarded the G. Thomas Shires Prize in Surgery for 2007 and membership in the Alpha Omega Alpha Medical Honor Society in 2006. She was a Westinghouse Science Talent Search Semi Finalist of 1998 and a 1998 National Merit Scholar.

While Cooper is well known for our Level 1 Trauma Center and our convenient Urgent Care Centers, we
Inside Cooper

Who do you picture when you think of a surgeon? Cooper surgeons recently spoke to the Courier Post