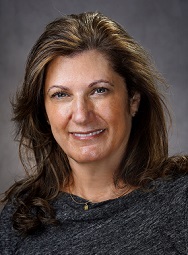 With the support of the Department of Neurology and the Department of Neurosurgery, Dr. Colcher joins a multidisciplinary team to establish the Cooper Movement Disorders Center. Dr. Colcher specializes in the treatment of Huntingtons disease, Parkinsons disease, other parkinsonian syndromes including progressive supranuclear palsy, multiple system atrophy, ataxia, dystonia, essential tremor and other movement disorders.

Dr. Colcher has held many clinical and academic appointments in the past, including positions as a neurologist at Valley Forge Medical Center, Graduate Hospital and Mt. Sinai Hospital. At the University of Pennsylvania, she was Director, Experimental Therapeutics Division, Parkinsons Disease and Movement Disorders Center. She taught at Arcadia University School of Physical Therapy and Temple University School of Medicine.

Dr. Colcher completed a movement disorders fellowship at Graduate Hospital, a neurology residency at Georgetown University Hospital and an internship at Lankenau Hospital. She received her medical degree from Jefferson Medical College. She sits on the Medical and Science Advisory Board of the Huntingtons Disease Society of America, Eastern Pennsylvania Chapter. Dr. Colcher is a member of the Movement Disorders Society and the American Academy of Neurology. She is a highly sought-after lecturer, and has been published numerous times. She is involved in clinical research on Parkinsons disease, Huntingtons disease and other movement disorders.