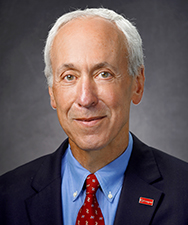 Dr. Chansky’s teaching excellence was recognized with two Department of Medicine and eight RWJMS/Camden teaching awards. He was nominated twice for the UMDNJ Excellence Award for “Distinguished Service in Education”, and invited three times to recite the Hippocratic Oath at Convocation. In 1999 the RWJMS students nominated him as an Honorary Member of the RWJMS Alumni Association. In 1997, RWJMS established the 54th Academic Department of Emergency Medicine, and named him the founding Chair in 2000. In 2003, he was inducted in the Masters Education Guild at UMDNJ. He was awarded the Dorothy and Sol Sherry Award for Teaching Excellence in June of 2014, the highest honor an educator can receive at Cooper and the medical school.

Dr. Chansky was recently honored with the 2019 Leonard Tow Humanism in Medicine Award from the Cooper Medical School of Rowan University (CMSRU) Chapter of the Gold Humanism Honor Society (GHHS). The Leonard Tow Humanism in Medicine Awards recognizes exemplars of clinical excellence and outstanding compassion in their delivery of care. Dr. Chansky was cited for “his tireless dedication to service to patients, families, colleagues, and the students at CMSRU”.

Interests beyond spending time with his supportive family (Stephanie and Andrew, Peter, and Ben) have focused on the success of the Cooper Health System, serving as a board trustee and mentorship/development of students, residents, faculty and Cooper leaders. Dr. Chansky’s personal philosophy as a physician is embracing the privilege to be at the bedside, and treating each patient with the utmost respect, kindness, and empathy. The Department of Emergency Medicine has contributed significantly toward the development of our own four-year Cooper Medical School of Rowan University. Dr. Chansky continues to enjoy caring for patients and bringing young learners to the bedside.

Event to be held August 1-7, 2016, in Springfield, PA Cooper University Health Care will serve as